As it approaches true tragedy, the Crown court controversy

> Image: Netflix The queen’s death brings timeliness, but not relevancy, to the Netflix show Early in the new season of The Crown, Prince.. 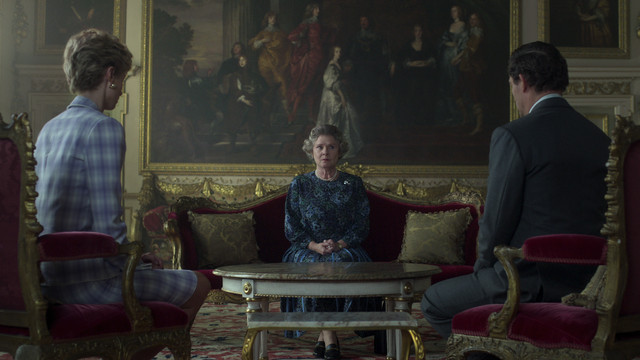 The queen’s death brings timeliness, but not relevancy, to the Netflix show

Early in the new season of The Crown, Prince Philip (Jonathan Pryce) sits across from Queen Elizabeth II (Imelda Staunton) at a dining table aboard the Royal Yacht Britannia, lamenting the decrepit state of the ship and the costliness of potential repairs. “It shouldn’t come as a surprise she’s falling apart. She’s a creature of another age. [...] In many ways she’s obsolete.” The double meaning of his words isn’t hard to understand: Like the Britannia, the queen is “a creature of another age,” as is monarchy, and the prime of her rule has since passed. The penultimate season of The Crown relies heavily on parallelism to explore the power struggle between the old guard and the new within the royal family during the 1990s, a period of change, turmoil, and grief for the institution. With the queen’s death in September — after production on this season had been completed — the patterns the show explores are more salient than ever as real-life transitions of power mirror those in the series.But as with the Britannia and the queen’s reign before the turn of the century, The Crown is not what it once was. The metaphors are clunkier, the pacing is at times disjointed, and the creative choices toe the line between tantalizing and unethical. The Crown still offers moments of greatness as it nears its end, but some of the shine has worn off as it pushes up against the present day.When the series picks up again in 1991 for season 5, the winds of change are already blowing. The core characters have been aged up and recast for a second and final time: Most notably, Staunton takes over for Olivia Colman as Queen Elizabeth; Elizabeth Debicki steps in for Emma Corrin as Princess Diana; and Dominic West takes on the role of Prince Charles following Josh O’Connor. Years have passed, and the royal family is edging toward crisis. This season centers on the series of scandals leading up to Diana and Charles’ divorce and the growing tension between the older and younger members of the monarchy about how to effectively rule. 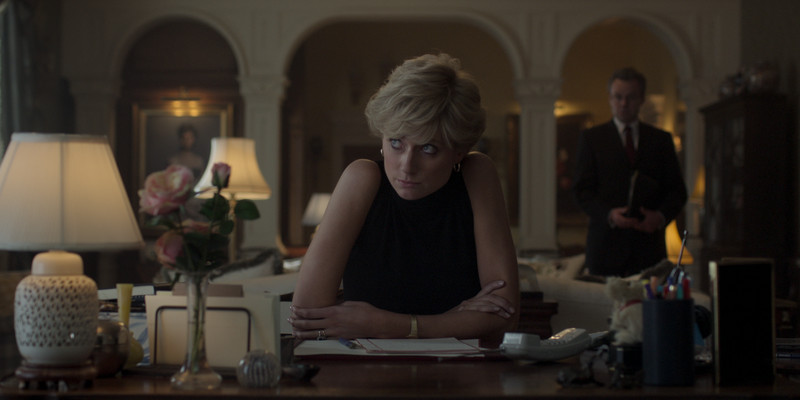 Image: NetflixAnd so, the Britannia is introduced as a parallel to Elizabeth in the first episode, and the matter of the worn-out royal yacht is mentioned time and time again, with less subtlety on each pass. The image of the vessel, which was launched in the 1950s, is juxtaposed sharply with the Alexander Yacht, a newer ship that Diana and Charles sailed around Italy during their “second honeymoon.” During a tense conversation with Prime Minister John Major (Jonny Lee Miller) about whether the government or the royal family should pay for expensive repairs to the ship (during a global recession, no less), Elizabeth refers to the Britannia as a “floating, seagoing expression of me.” Later in the series, Philip calls the boat a “symbolic representation” of the queen. Like the Alexander, Charles represents the future, and Elizabeth, the past. Over and over, the show is all too eager to play up (and then underline) that connection.And it doesn’t stop there: In a later scene, Prince William (Senan West, Dominic West’s son) encourages the queen to replace her outdated, malfunctioning TV. She responds, “It does seem to have had better days. [...] Even the televisions are metaphors in this place.” The Crown appears allergic to subtlety this season — having multiple characters identify the symbolism in the show is a classic case of “telling” rather than “showing.” The queen is old-fashioned just like her stuff, and Charles is shiny and new, just like his stuff. We get it. This comparison doesn’t only fail because it’s heavy handed. Unlike the TV, Elizabeth won’t be swapped out for a newer model for many years, so the metaphor feels false and forced, muddling the very thing it’s supposed to narrativize.The air of melancholy that surrounds the queen during this season as she contemplates the twilight of her reign and says goodbye to the Britannia also doesn’t quite land — and not just because it’s difficult to feel sympathetic for a literal queen who loses her luxury yacht. The audience has the benefit of knowing how Charles’ ascension to the throne shakes out: Elizabeth will go on to rule for three more decades. These scenes feel like a premature farewell, and the somber, nostalgic tone feels misplaced.Arguably, the more interesting parallels this season are the coincidental ones. When Diana does an explosive and controversial tell-all interview with Martin Bashir, Charles says, “It hasn’t been on my watch that [...] a program on national television’s made such a mockery of us.” The irony is that there is a program on an international streaming platform making a mockery of the royal family right now on King Charles’ watch: The Crown. 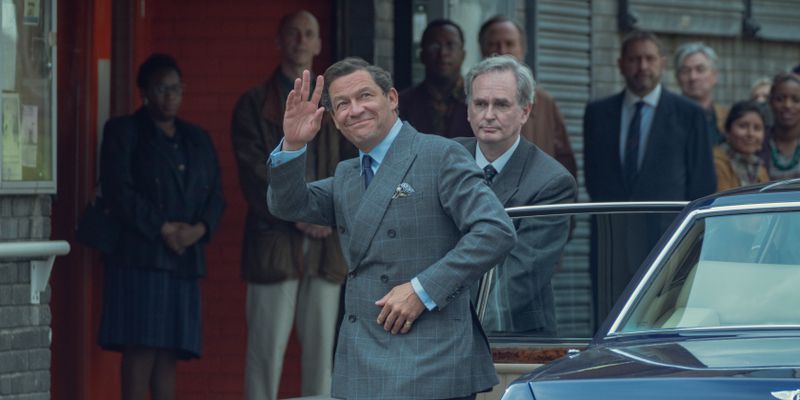 Photo: Keith Bernstein/NetflixThis season, the show sometimes stumbles upon patterns between the past and present via timing and chance that complicate the binary narrative the showrunners are trying to sell us — that Elizabeth and Charles are opposites. In the fictionalized world of The Crown, the queen represents the worldview, politics, sense of duty, and technology of a bygone era, while Charles stands for progress and flexibility. However, unintentional parallels like these reveal how history repeats itself within the royal family even when power switches hands. If Elizabeth was the Britannia and Charles is the Alexander, monarchy is the toxic sea in which they sail. No matter the individual ruler, the existence of the system limits the possibility for progress. This season of The Crown seems to put the cart before the horse in its unrelenting portrayal of the queen as a relic and Charles as a reformer.While this season offers viewers plenty of food for thought about the limitations of change within an institution that is invested in staying the same, it is also plagued by a heavy-handedness that extends beyond the metaphors about Queen Elizabeth. And some scenes come off as tacky or sensationalized. The show depicts Prince Charles having clandestine conversations with Prime Minister Major and, later, Prime Minister Tony Blair about becoming king. Both Major and Blair have said those conversations never happened. The Crown is a dramatization, yes, but it should still synthesize the truth.The Crown’s showrunners also chose to re-create the infamous “Tampongate” conversation between Charles and Camilla (Olivia Williams). The Crown portrays the two sympathetically in its depiction of the scandal, acknowledging that their privacy as consenting adults was invaded. But in re-creating the conversation word for word, the show commits the same violation. 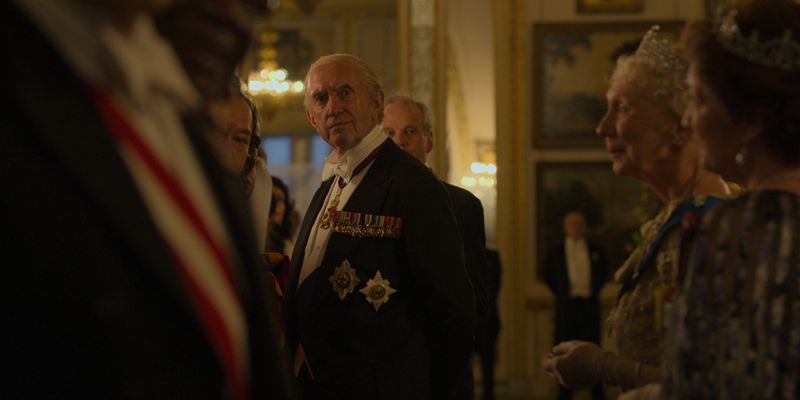 Image: NetflixIn this season of The Crown, the showrunners also make strong, controversial choices when it comes to foreshadowing Diana’s death. Multiple times, the princess is shown entering her car while paparazzi snap pictures in her face, blocking her path. In other instances, she speeds away from photographers, and once, runs a red light when people recognize her in her vehicle. At one point, her brakes give out, and she expresses worry that someone tampered with them — a fear the real Diana actually voiced in 1995. While these scenes contribute to the drama, the way they’re included also seems to be in poor taste. The season teases her death as if it’s the show’s grand finale in the same way the ringleader of a circus might save the best act for last.Despite the season’s shortcomings, there are also many bright spots. The costuming is as accurate and impressive as ever — Diana’s “revenge dress” moment is a standout. Staunton and Debicki fully inhabit their roles as Elizabeth and Diana, with the latter mastering the princess’ piercing gaze and hushed voice. The Crown also gives Princess Margaret (Lesley Manville) and her former fiancé Peter Townsend (Timothy Dalton) the closure they deserve in scenes that are genuinely touching and heartbreaking.Overall, however, season 5 is a mixed bag. As The Crown inches closer toward Diana’s death and its conclusion, the allure of a period piece about the royals has begun to fade. Bumping up against the present day, the show is no longer a distant — if imperfect — fairy tale. And the sweeping, literary metaphors the showrunners try to push feel like an attempt to cleanly separate the past from the present. However, our knowledge of the events is messier and more complicated, and The Crown, like the monarchy it portrays, can’t seem to keep up. Watching in 2022, we know how this story ends, and how the cycle repeats.
Did you miss our previous article...
https://topgamingmag.com/reviews/quill-power-pentiment-review 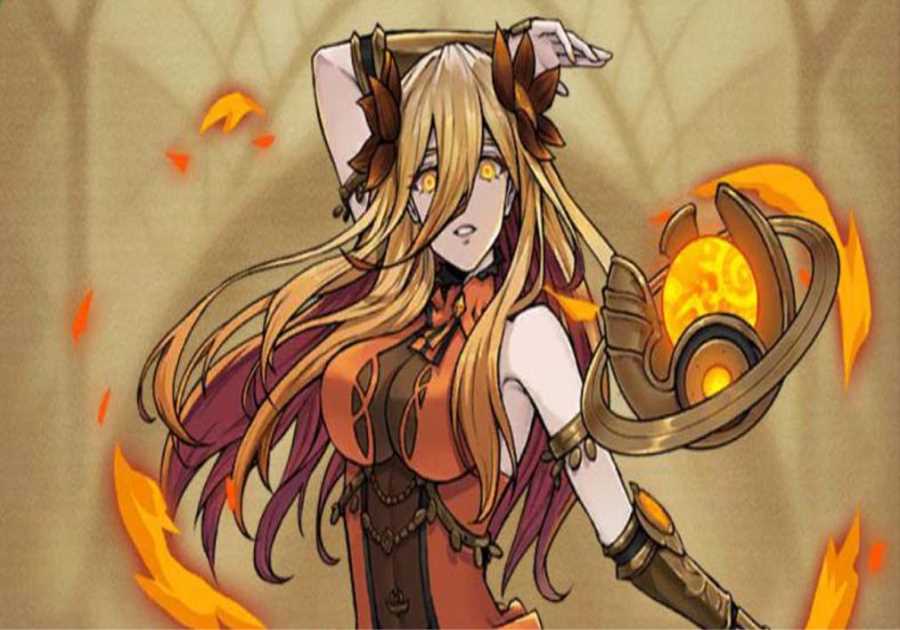